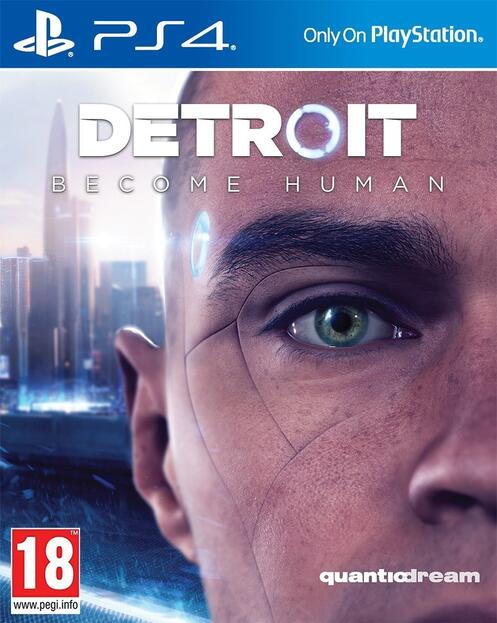 Detroit Become Human adventure game is an exclusive game that has an adventure genre. This game was developed by Quantic Dream and released on May 25, 2018. As the publisher of this game, Sony Interactive Entertainment has succeeded in presenting a game that is different from before.

This game, which is under the direction of David Cage, has a story idea that can immerse the players in the story. Detroit Become Human adventure game stories are centered on three androids named Kara, Connor and Markus. You can play these 3 characters while the game is still ongoing.

Kara is an android nurse who escapes from her owner and is struggling to survive in the outside world to protect a young girl. Connor is told as a detective whose job is to hunt down wild android creatures. Meanwhile, Mark is a character dedicated to releasing other androids from human slavery which is not fun.

Connor’s character comes with a firm, cold and innocent character. As a detective, Connor is the latest android model that has more advanced features and capabilities than others. In carrying out his mission, Connor was accompanied by Lieutenant Hank who was no less unique.

You can find the second Detroit Become Human adventure game character in the figure of Mark. Mark is told as a robot assistant who takes care of a rich grandfather named Carl. Carl is a friendly artist who is quite popular in Detroit. As a helper robot, Markus performs his duties perfectly. Carl also warmly teaches human values ​​and art. Because of Carl’s understanding role, Markus becomes a male android like a man.

Detroit Become Human’s last game character named Kara. Kara is a robot nurse who has the main task of caring for the house and also taking care of small children. Kara is described as an Android who is pretty and warm enough to be easily accepted by children. This Android is employed by a father named Todd to care for his son named Alice. The interaction between Kara and Alice is guaranteed to make you have an emotional experience.

Stories That Succeeded in Touching Emotions

Early Detroit Become Human adventure game stories describe a city in America known as Detroit. In this city, humans have relied on existing technology. The time setting in this game is 2038, so the use of technology cannot be separated from everyday life. The view of the cars with futuristic designs and the many Videotron that are scattered in all corners of the city makes this game world like it is in the future. This is complemented by the presence of assistive robots called androids in every life.

However, it is said that androids do not have the same degree as humans, so it can be said that androids are enslaved by humans. Various depictions of this difference can be seen from the separation of elevators between humans and androids to Android Parking along the road.

From here the characters of Detroit Become Human adventure game must be able to survive. The journey of androids for survival will stir up the emotions of every player. You will also feel a high sense of care for android because of the tragedy that is displayed.

The gameplay of Detroit Become Human adventure game arguably depends on the available Story-Driven. Because this game is a Story-Driven Game, what a lot of it does is press buttons and shift the analogue at the right time. Besides, the action scenes that are displayed also look so aesthetic with a tense impression. The tense feeling presented in Detroit Become Human’s gameplay will also increase your curiosity while playing.

Every scene that exists always gives the impression of intense action that must be controlled well. If you suddenly press the wrong button, then you have to start over again. So it can be said that the gameplay of Detroit Become Human adventure game requires every player to stay focused while playing.

This game also provides a flowchart that can show your progress and the choices you have chosen. All the endings in this flowchart will make you careful while playing. If you make a mistake in playing, then there is a checkpoint feature that makes you have to play the chapter from the beginning of the previous chapter if you want to correct the mistakes that have been made.

Visual Graphics So Beautiful and Fantastic

As a game exclusive, Detroit Become Human adventure game graphic visuals are beyond doubt. When playing this game, you will enjoy the beauty of every display that is presented. Such detailed depiction of every aspect of this game will spoil the eyes of every player. The graphics and environment displayed in this game feel very alive.

The graphic beauty of Detroit Become Human adventure game can also be seen from the details of each character. The characters in this game are depicted so perfectly and look realistic, even very beautiful. The depiction of a face with various expressions, the hair with clear strands, to the skin texture that looks makes it look like a box office.

Existing world details such as buildings, houses, vehicles, the sky to water drops have a perfect effect. You can also enjoy thrilling visualization effects with amazing sound. In other words, this game offers a perfect visual and has the best graphicon ps4 appearance that will never bore you. Every expression presented by the characters will stir emotions every time.

What is Cash or Crash Online Game

continent fruit machine – it is definitely a game of chance!